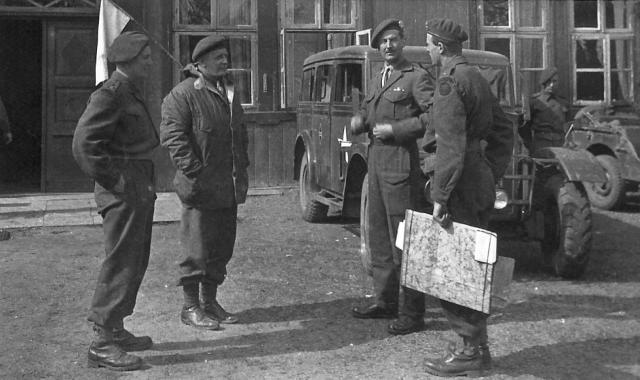 In 1940 there were 12 Army Commando Units raised within a Special Service Brigade. For a short period of time the newly formed commando units were grouped into five Special Service Battalions and an HQ under the command of Brigadier J.C. Haydon.  The idea of Bn's was quickly dropped and the Army Commandos reverted to individual units within the Special Service Brigade. Signallers were a troop of the Brigade and divided into Sections within it, along with other groups. In 1942 two Royal Marine Commando units were raised.

In August 1943 the number of Commandos was expanded with the introduction of additional RM Commando units, and the single Special Service Brigade was increased to four, each having different Commando units operating within it.

More can be read about 3 Commando Brigade (click on link) in copies of the Third Jungle Book issued at the time they were overseas. We have several copies in this archive including Issue 9 which has a Roll of Honour for each Commando within the Brigade and a history of each of the Units that were part of the Brigade Headquarters.