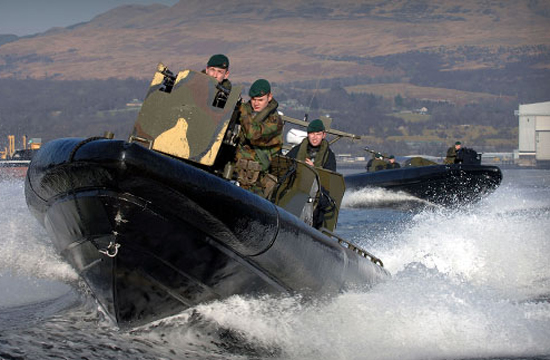 At the end of the war and without notice a decision was made to disband the Army Commandos. Demobilization commenced almost immediately with some Commando Units being merged for short periods as numbers dwindled.
The RM Commandos did not escape the cutbacks being reduced from nine units down to three. 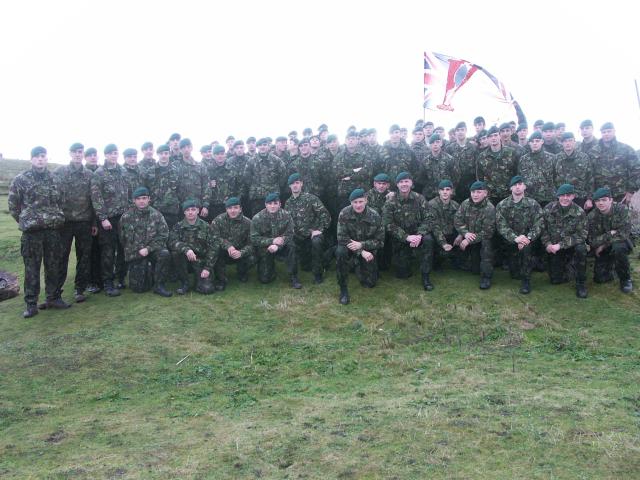 Unlike in WW2, nowadays all Royal Marines are Commando trained. However this did not occur immediately.  Throughout the 50's and 60's recruits attended the Infantry Training Centre, Royal Marines at Lympstone. Once finished their infantry training, Marines had a choice of of going either on the Commando course, or on a Gunnery Course and going to sea on “Big Ships”.

Eventually a decision was made for all Royal Marines to be Commando trained. In 1972 the name of the training centre at Lympstone was changed to the Commando Training Centre, Royal Marines (CTCRM). Veterans who served all their time on board ships wear the blue beret with red patch just as proudly as Commandos  who wear the green beret. These days the former is worn in service only by recruits, often harmlessly referred to in the past as Nods or Winks. Today the CTCRM delivers training recruitment and selection, recruit and Officer training, leadership and career training for the Royal Marines, as well as Commando training for the rest of UK Defence. 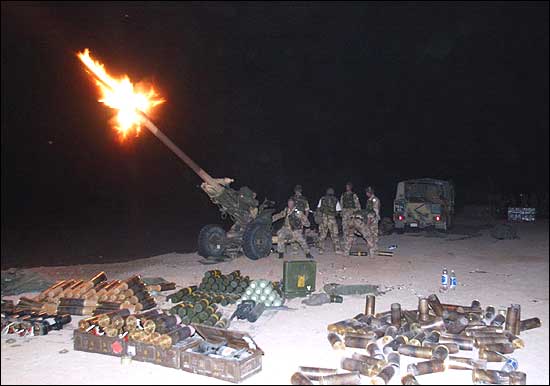 Additionally Army Commando units have again returned. During 1962, 29 Field Regiment RA were deployed with 25 Pounder guns in Aden and Kuwait, deterring Iraq from invading the oil fields. On the back of these deployments, the Regiment was re-roled as Commando Artillery. The newly formed 29 Commando Regiment RA trained for and passed the All Arms Commando Course at the Training Centre Royal Marines, Lympstone. It was a proud and historic moment when the first Army Commandos since the end of the War received their Green Berets on 15 May 1962.

To earn the right to wear the coveted green beret you must first pass the All Arms Commando Course.

Read more about the origins of the Commandos in WW2 [go to commando history.]