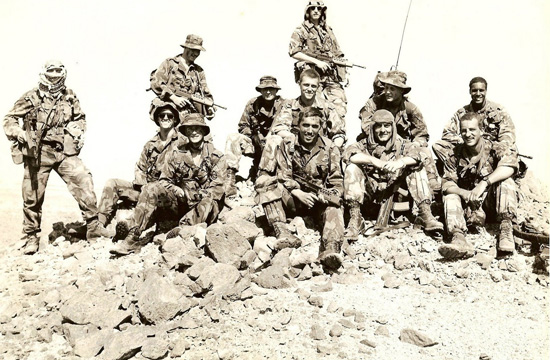 Formed on the 14th February 1942 as The RM Commando, it was briefly known as "A" RM Commando before being designated 40 RM Commando. Served in Dieppe, St Benere, Termoli, Anzio. Comacchio during WW2.

In January 1948, 40 Commando were sent to Haifa during the Arab Israeli War. It was followed by the two other commando units in the new 3 Commando Brigade RM.

The Commando has since seen service across the Globe from bases in Malta, Cyprus, and the UK, including Hong Kong, Palestine, Malaya, Cyprus, Suez, Brunei and Borneo, Northern Ireland, the Falklands, Iraq, and Afghanistan