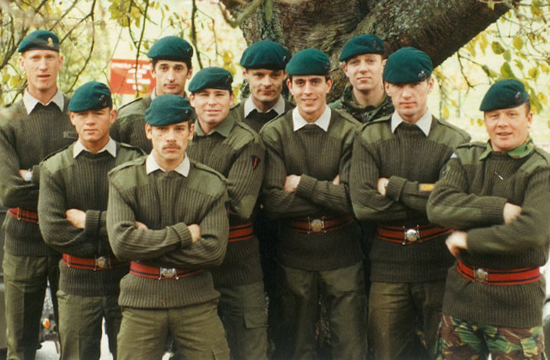 Role
Responsible for all engineer tasks in the 3 Commando Brigade forward area. This includes route maintenance, bridging, water supply, electricity supply construction of field defences and structures, demolition tasks and mine clearance.
As well as possessing a large number of skilled craftsmen, the Regiment also has a variety of plant machinery and other equipment. This gives the Unit the capability to tackle almost any form of construction or demolition.
Additionally, the Regiment also has a diving team, trained to conduct sub-surface engineering tasks as well as survey rivers and beaches in order to identify their suitability for bridging.
Training
24 Commando personnel undergo the All Arms Commando Course, on successfully completion of which they are able to wear the coveted green beret.
The Unit is trained to operate everywhere in support of 3 Commando Brigade. This means regular Arctic training as well as jungle and desert climates focusing on amphibious operations. Essentially the Regiment allows the Brigade to fight and move.
Timeline
1971 formation of 59 Independent Commando Squadron Royal Engineers.
2008 expanded to form 24 Commando Engineer Regiment.
2012 the Regiment was reduced in size to form three squadrons.
2017 re-roled as 24 Commando Royal Engineers.

131 Commando Squadron is the Army Reserve sub-unit of 24 Commando Royal Engineers. 131 has served in over 60 nations and territories worldwide. Since 1978 it has supported the Royal Marines and Commando Forces. Before that it was a parachute unit, supporting the Parachute Regiment.