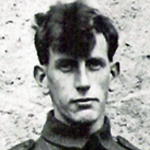 Units:
2 Commando
Extract from Commando Association newsletter 96 issued March 1993
Special Commando Memorial Service
On 25th October last, a special Memorial Service and Parade was held in honour of Commando Sergeant Miller Smith (2 Cdo), a Southport ex-policeman, who, participating on "Operation Musketoon" the raid on Glomfjord Power Station, Norway, on 20th September, 1942, was captured with eight others trying to escape via Sweden. Subsequently taken to Sachsenhausen Concentration Camp and executed by the SS under Hitler's infamous Reprisal Order.
ln spite of atrocious weather, there was a magnificent turnout of veterans to honour him. The service was held in the South Chapel Memorial, the Mayor and Mayoress being in attendance. The Last Post was rendered beautifully by a Guardsman Bugler, and a wreath on behalf of the Commandos was laid ty Colonel Donald Long, MC., TD., DL. (9 Cdo). The march past was led by the Coldstream Guards (Sgt. Smith's parent regiment), under the command of a Guards Officer and NCO, followed by the Guards Association with Standard.
Following on was our large contingent of Commandos of some 50 in number from Bolton and Warrington with the Warrington Commando Standard, under the able guidance of Geoff Wilkes and George Rees, plus local Commandos, including Geoff Riley (5 Cdo) and Ernie Heaton (45 RM Cdo.)
Several other Associations with Standards also paraded. After the march past, a reception was held for all visitors who attended.