A timeline of Commando Training

The first call for volunteers for ‘Service of a hazardous nature’ was in the early months of 1940 and for the new Independent Companies. Many of these men went onto action in Norway almost immediately with little training.  On their return Winston Churchill wanted his own Corps of ‘shock troops’ to start afresh. Lt Col Dudley Clarke, who was then Military Assistant to the Chiefs of the Imperial General Staff, is generally credited with the initial outline plan of their formation. His plan was approved and the name agreed on. Thus the ‘Commandos’ were formed.

A majority of volunteers for the Independent Companies went onto join the newly raised Army Commandos. Further volunteers came from all sections of the Field Army. 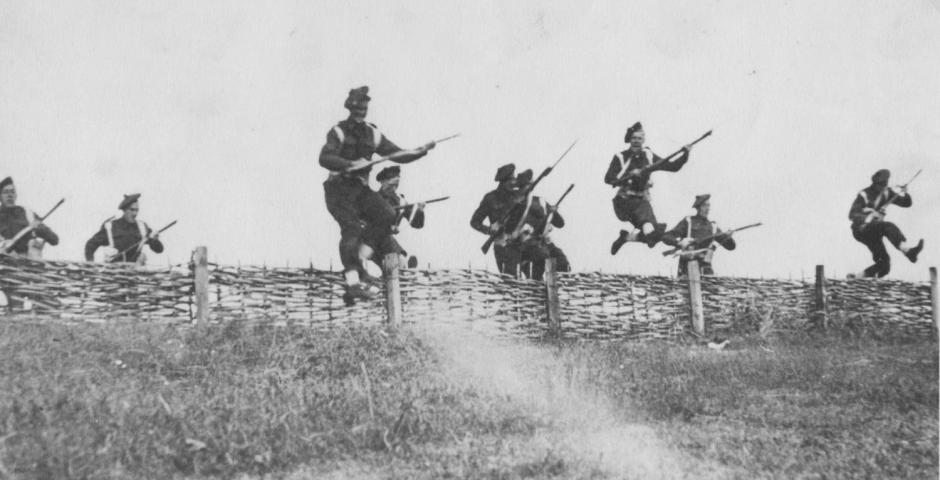 Training was not centralised at the time of the formation of the Independent Companies and the first Commando units, each unit being responsible for its own training (see above photo of No 2 Commando training in Scotland) 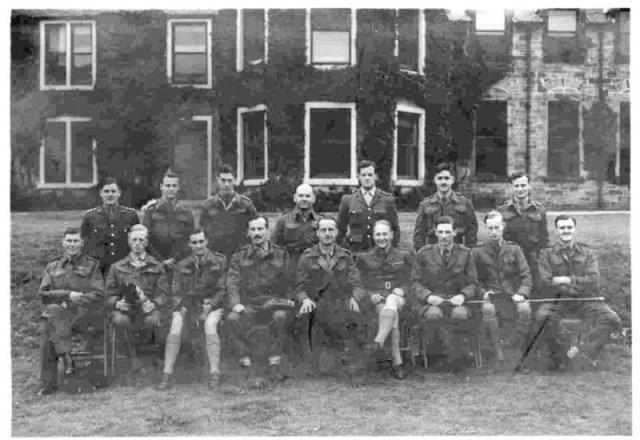 A Combined Training Centre (CTC) at Inverary [view course dates] and Special Training Centre (STC) at Lochailort (see above photo) had been established. The latter consisted of Nissen huts and tents, with the headquarters installed in Inverailort Castle, about 27 miles West of Fort William. A powerful team of instructors were gathered there, with many going on to became well known leaders of irregular forces, including the Chindits and Special Air Service, all being formed after the Commandos. The Instructors included Lord Lovat, Brigadier 'Mad Mike' Calvert, Colonel Spencer Chapman, Major Peter Kemp, and the Sirling brothers Bill and David.

Additionally other officers and NCO's with a wide range of experiences from arctic exploring to rugged campaigning on the North West frontier of India, plus those well versed in signalling, demolitions, and shooting. Two of these Instructors were Messrs Fairbairn and Sykes of Shanghai Police fame. These two men, more than anyone else in the British Army were responsible for the introduction of unarmed combat and close quarter fighting.

From July 1940 officers and selected NCO's from the newly formed Commandos attended STC courses, and then returned to blend the techniques and skills acquired with the other new ideas being developed within the training regime of their own Commandos.

The castle of  Achnacarry, and the grounds, was the seat of Sir Donald Walter Cameron of Lochiel, Chief of the Scottish Clan Cameron, who in June 1940 had given hospitality to No. 1 Independent Company. In December 1940, Achnacarry, as well as nearby Achdalieu Lodge, were officially brought into use as part of the the new Training and Holding Wing  for the main Special Training Centre (S.T.C.) at Lochailort and remained as such for the next year.

For Commandos already deployed overseas, additional training areas were set up including the Training and Holding Unit at Geneifa beside the Great Bitter Lake in the Middle East

There were also Royal Naval Beach Commandos and RAF Servicing Commandos, and groups given Commando designations for a limited period or a specific purpose such as No.14 Commando, No.62 Commando, and 142 Commando Company.

View a Roll of Honour of those who died at training centres: WW2 Training Centre Deaths

Read about the origins of the green beret here: History of the Commando Green Beret

Read about the origins of the fighting knife here: History of the Commando Fighting Knife

View a brief outline on this link to other Commando Training Centres from their formation until the present time.

Archive pages:
Commando Training
‹ 'History and Training 1940 -1945' up A résumé of the wartime RM Commandos ›