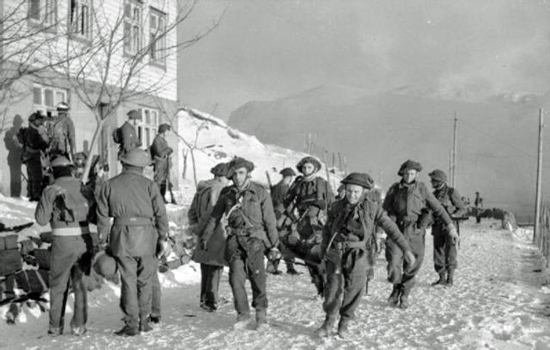 "The frustrations of 1941 dragged on almost to the end. It had not been a good year from the offensive-action viewpoint of the men of No. 2 Commando. They had done nothing to speak of and were upset at being unemployed. However, the Vaagso raiding force announced the end to this inertia, commencing warfare on December 27th, 1941, landing on Maaloy Island and overrunning the place in less than ten minutes.

The Vaagso operation was a No. 3 Commando affair. Lt. Colonel John Durnford Slater took along all his boys numbering close to 500, all ranks, and No. 2 Commando got into business by providing two troops – about 127 men, all ranks – as part of the raiding force.

This author was not invited to this party. He was ‘miffed’, as were about 323 other members of 2 Commando from Lt. Colonel Newman on down who also had received no invitations. Inasmuch as these writings are supposed to be ‘as seen through the author’s eyes’, I cannot describe the raid happenings because I was not there.

The History of No. 2 Commando will include their participation alongside No. 3 Commando in this successful raid. There had been 20 Commandos K.I.A. and 57 wounded, mostly No. 3 men. The author and the rest of the still-unemployed men settled down once again to the process known as ‘waiting your turn’."

(nb. This report was originally written for the No 2 Commando history section by Bob Bishop No 2 Cdo. and therefore relates primarily to their role)