BALL, Joseph - Research into his death

The following information is from Jack Bakker who has researched the incident.

On 30 June and 1 July 2012, family members of Fusilier Joseph Ball [view ROH record] visited his grave for the first time. This had always been a wish of their father, a brother of Joe, but he died very young. They have now fulfilled his wish. I had the privilege of being their host for the weekend. A weekend to remember I can asure you! The family laid a floral tribute on Joe's grave and met the man who had witnessed the shooting of Joe, which was a moving experience. 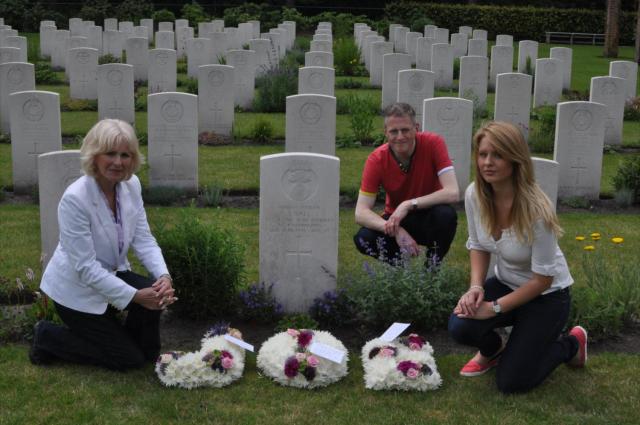 On Monday an article with a photo was published in a regional newspaper. I received an email from the journalist. He had received a phone call from a man who had seen the article and had some more information. He lived in a house at the pond of the asylum Vrederust which was the place where No 4 Commando were billeted in 1945, which was confirmed by him. The man was 14 years of age at the time. Two French Commandos were billeted at his place and they regularly went on raids to Schouwen, one of the islands not far away. He still has a photo of one of them. When it became known that a Commando was shot (which he heard from one of the Frenchmen billeted in his place), the troops wanted to get their revenge in Bergen op Zoom (the incident was known at Vrederust the same day). They were armed but were stopped by the Commanding Officer. This is probably what is referred to in the book The Fighting Fourth, that the troops were confined to their billets to prevent a riot.

The incident took place in the early evening of the 2nd of June. One of the Frenchmen billeted with this man, against orders went to the Grote Markt. It could be possible that he was involved in the big fight on the Grote Markt (which is in a police report). For going against orders he was punished and this for him meant that he wasn't going to Paris where on the 6th of June a big parade was held. The shot was fired by a patrol of the Dutch Navy, and not by a Dutch Marine, as they had already left Bergen op Zoom (confirmed). The reason for firing is not known by the man. He doesn't know if the Dutch Navy personnel and the Commandos had a quarrel beforehand. He does know though that the victim had very little to do with it all!!  Which makes the death of Joe even more sadder I think.

The Navy patrol came from the Fortuinstraat (which confirms the story of the eyewitness). The Commandos came walking from a cinema called Roxy, situated on the other side of the Grote Markt, and the shot was fired in front of Hotel De Draak (this also confirms the eyewitness's story). The witness had heard then that the man who fired the shot had been brought to Vrederust, but he isn't sure about that. He is very sure though that the incident was kept completely silent and was covered up. Which is confirmed I believe as I have found nothing about it in the archives of the Military Government at that time. He is also almost convinced that the legal side of the incident was dropped, which again is confirmed I believe as I have found nothing in the archives of the Military Court at that time as well. According to the witness the French and/or British were also not keen on the incident being known. Which could be the reason that the death of Joe, nearly a month after the official end of the war, is not even mentioned in the war diary of No 4 Commando." 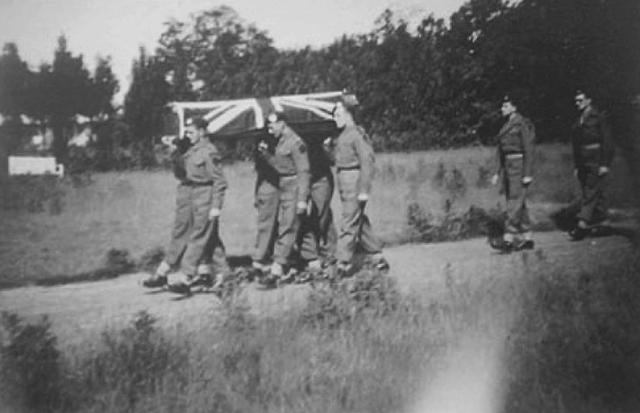 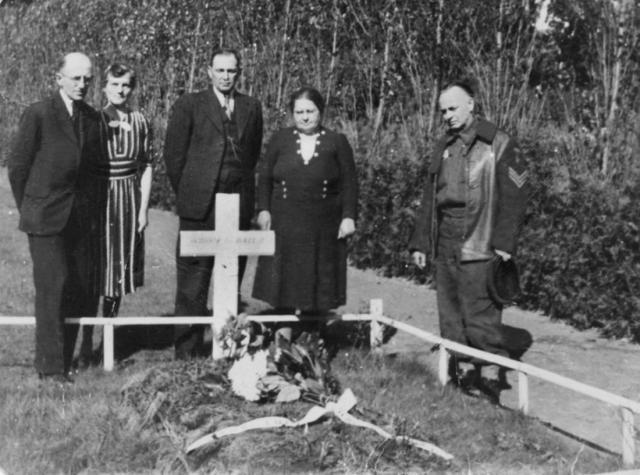 In Memory of Fusilier Joseph Ball No 4 Commando.