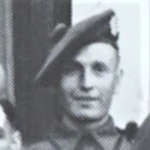 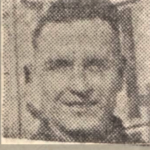 Lance Corporal Levi Homer, 5 Troop, was one of the commando contingent who embarked on Motor Launch ML 457 for Operation Chariot, the raid at St Nazaire on 28 March 1942. Reported missing after the raid he was later found to have been taken prisoner and transported to Stalag 344 at Lamsdorf, Poland.