Rank:
Marine Acting Temporary Corporal
Unit/Base:
47RM Commando
Regiment/Corps:
Royal Marines
Service:
Royal Navy
Service numbers:
CH/X 103623
Honours & Awards:
Military Medal (MM)
Corporal Arthur Pymm, HQ Troop, was awarded the Military Medal for gallant and distinguished services in North West Europe.
Recommendation
"During the landings on D Day on the Normandy beaches, Cpl., then Marine Pymm's boat struck some underwater object causing him and many others to be thrown into the sea. He saved one man who was wounded from drowning and not content with this he went back into the water and saved two more of his comrades.
Throughout the campaign in Normandy and in the chase across France, Cpl Pymm set an example of courage and fortitude which was a source of inspiration to many a younger man.
Later in November having landed at Westkapelle on Walcheren Island, the Commando found its forward troops pinned down by accurate and heavy machine gun and mortar fire. Cpl Pym in his capacity as a stretcher bearer worked cooly and efficiently at his job of evacuating wounded, may of whom owe their lives to his calmness and complete disregard of his personal safety.
These are but two instances of this NCOs exemplary behaviour throughout this campaign, which are rendered the more exceptional when his 39 years of age are taken into consideration." 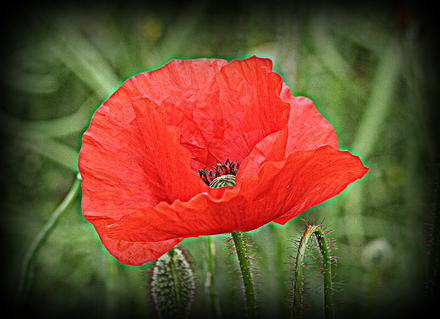