There are too many operations and/or notable dates to mention each and every one but here are some. Photo below depicts No.3 Commando officers at Limehouse during training there in the months preceding D Day. 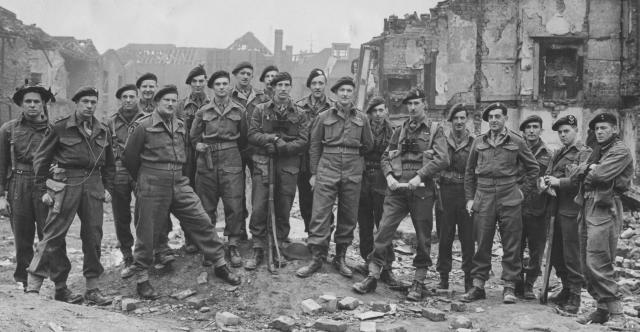 April 1940 saw the first call for volunteers for new Independent Companies for service of a 'Hazardous Nature'. These were the forerunners of the Commandos [more].

19th April 1941 saw No.7 Commando involved in Operation Addition as part of Layforce ('A' Battalion) at Bardia. We have an account of Layforce [view].

1st April 1942 saw the joint burial service permitted by the Germans for the casualties after Operation Chariot, the raid at St Nazaire. [view]. Photos of the burial party can be seen here [view]. A quite unique joint ceremony in a time of world war. 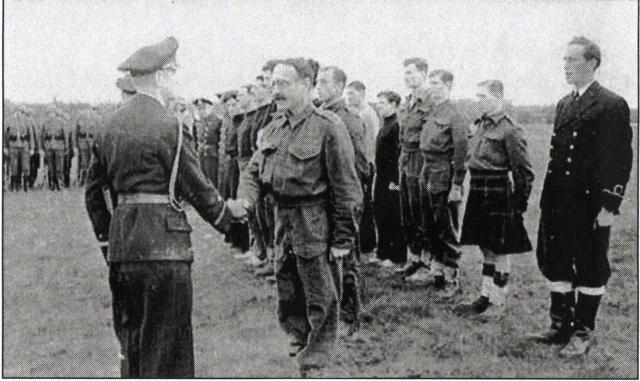 April 1942  No.4 Commando took part in Operation Abercrombie, the raid on Hardelot. More detail can be found in 2 messages on our forum: [view 1st]  [view 2nd].

12/14 April 1943 the Northforce section of No.12 Commando took part in Operation Carey in the Norwegian Fjords. After this raid the Commando split into two, one half operating against the Norwegian Coast , ‘Northforce’, the remainder operating against the French coast in the Forfar operations. Men from No.12 also operated with the Small Scale Raiding Force (SSRF).
View the No.12 Commando gallery [here] and No.12 Commando archive [here].
28/29th April 1943 saw a raid on Axis shipping in the harbour at Kopervik, Norway. They managed to sink several ships using limpet mines, but they were all eventually captured.
The raiders, a R.N.V.R. Lieutenant, two Petty Officers, three Seamen, grouped as No.14 Commando [view] were assisted by a Sergeant from No.12 Commando.
They ended up at Sachsenhausen Concentration Camp where they were forced to march 30 miles a day on cobblestones testing German army boots. All but Mayor and Roe were later executed at Sachsenhausen. Mayor and Roe were transferred to Belsen where Mayor was executed and Roe died of Typhus. Read more about the individuals and raid [view].
Click/Touch the image below to view the memorial for those interned at Sachsenhausen Concentration Camp and who perished there or elsewhere at the hands of their captors. Included are the Commandos and Naval personnel from Operation Checkmate, and the Commandos from Operation Musketoon. 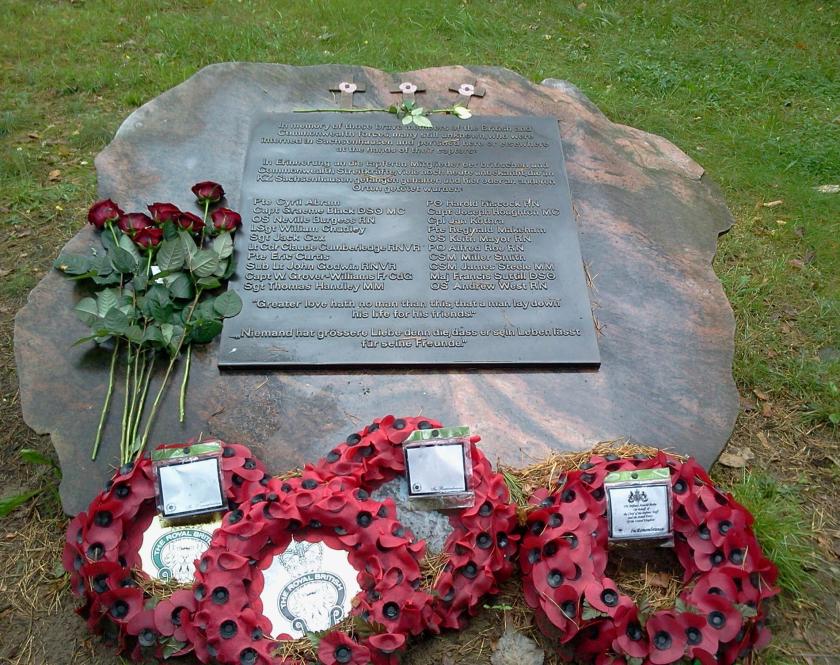 April-July 1944 Continuing operations in the Far East involving 3 Commando Brigade in the Silchar, Assam, region. The Brigade included units from the SBS. The fighting in the campaign was tough and casualties high. Photos of some of the No.5 Commando graves from the Arakan campaign can be seen in our war graves album for Burma (Myanmar)  [view].

April 1945 saw operations continuing in North West Europe with major river crossings including the rivers Elbe and Aller. We have some good photos in our photo gallery, and the memories of some of those involved, including Corporal Eric Taylor, 46RM Commando, about their experiences. [view Cpl. Taylor's account]. 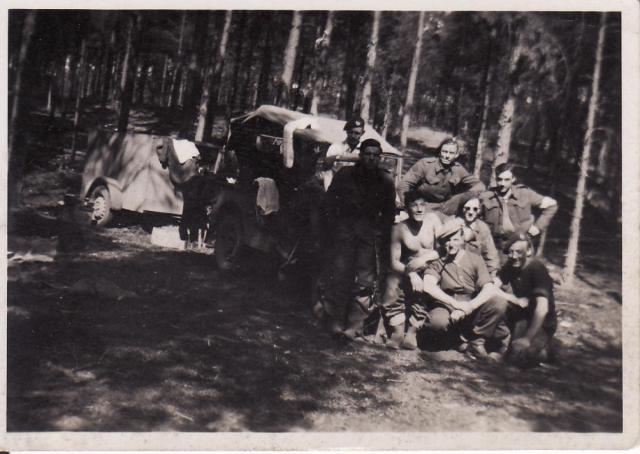 When checking the photo galleries of individual units involved, we recommend you also check our photo gallery of the Special Service Brigades to which they were attached. [view]

April 1945  2 Commando Brigade with units from the SAS/SBS were involved in Operations Roast, Impact, and Impact Royal in the regions of Lake Commachio and the Argenta Gap, Italy. There were many Commando casualties.  Major Lassen MC and Corporal Hunter were both posthumously awarded the Victoria Cross. 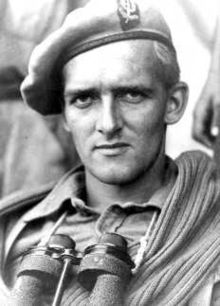 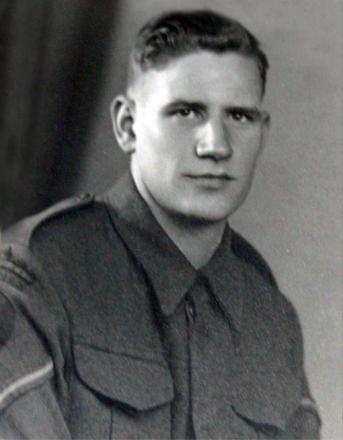 They are both buried at Argenta War Cemetery. [view]

30 April 1945, and only days to go before before VE day, casualties continued. Trooper Stephen Greenwood, his No.7 Commando long since disbanded, was a prisoner of war in Germany.  He was killed at Waganitz on the 30th April 1945 when they were fired on by a Russian tank whilst being force marched West away from the advancing Russian army. 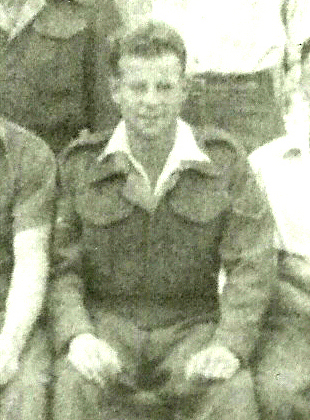 Our Gallery has more about Trooper Stephen Greenwood.  [view].

During the 30 days of April 1945 a total of one hundred and thirty six (136) Commandos died. They are remembered in cemeteries or on memorials across Europe. Of those 136 two were posthumously awarded the Victoria Cross. A few days later on 8 May 1945 war in Europe ended with the surrender of Germany. Our Roll of Honour can be viewed in surname or date order. View the WW2 Commando Roll of Honour [HERE.....].