There are too many operations and/or notable dates to mention each and every one but here are some. Touch/click photos for more information.
24th/25th June 1940 Operation Collar, a raid on the coast of France by men from the Independent Companies grouped together as No 11 Ind. Coy. and led by Major Ronnie Tod [read more] and accompanied by Lt Col. Dudley Clarke acting as an observer.
We have a gallery for the Independent Companies. [go to gallery]. 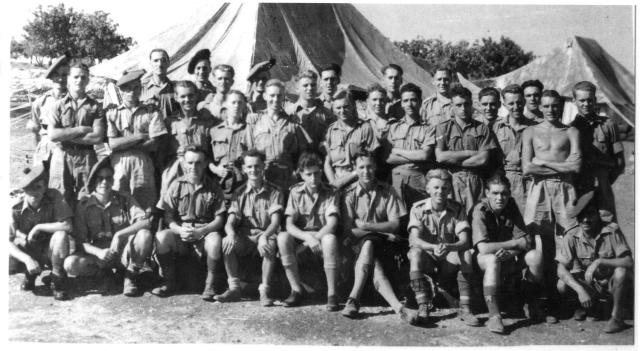 The original objective assigned to No. 11 'Scottish' Commando, who at the time formed 'C' Bn. of Layforce, was to land on two beaches to the north of the River Litani and one to the south, then seize and hold the Qasmiye bridge over it until relieved by 21 Australian Infantry Brigade.
Of the 406 men that landed, 130 were killed or wounded in nearly 29 hours of fighting. The Fallen included their Commanding Officer, Lt Col Dick Pedder [read more].
We have a gallery of over 100 images relevant to No 11 Commando [view].
A book by Ian McHarg provides some comprehensive background information on the battle.

3rd June 1942  Operation Bristle, a raid on the French coast North of Plage St. Cecily by men from No 1 Commando. Read more in our Forum [go to Forum] .

6th June 1943  Exercise Brandyball. This was a No. 4 Commando mock seaborne raid on cliffs near Zennor, St Ives, Cornwall known as The Brandys.

The exercise was a seaborne landing on an area with no beach, followed by a climb with full kit up vertical cliffs to seize a target. On the rehearsal day of 6 June 1943 the weather was not good with rough seas, and one of the boats capsized with the loss of two Commandos. These events were filmed by an Army Film Unit present with Allied officers as observers. The film is now in the archive of the Imperial War Museum.

Despite this tragedy the exercise took place successfully in much calmer seas on the following day.

Membership number 1 was given to the Commandant, Lt Col Charles Vaughan [view]. Later it would be renamed the Old Comrades Association of the Army Commandos, before finally being shortened to the Commando Association.

The history of the Commando Association can be found in our archive [view]. 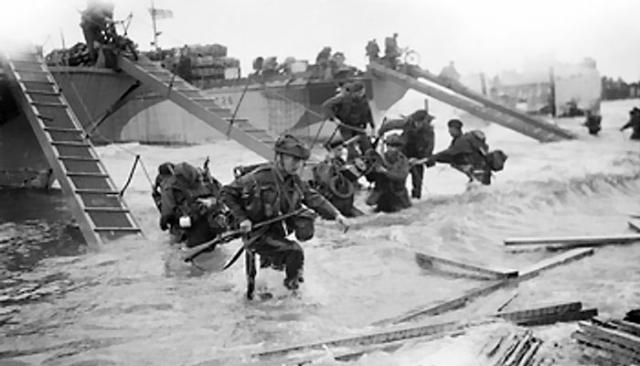 Thousands of British and Allied troops took part in these landings. The Commando Units involved were HQ Commando group, Nos. 1 and 4 Special Service Brigades (later resignated as Commando Brigades), and troops from No.10(IA) Commando. Much has been written in the past about the Normandy landings and we could not hope to cover it in this small piece.

Those Commandos who made that original journey and did not come home are remembered on our Roll of Honour [search our WW2 ROH].

Some of their graves can be seen in our War Graves albums for France [view in gallery].

Veterans and members have returned every year for anniversary events. There are many photos from those return visits in our gallery albums of Event images [go to gallery].

16/17th June 1944  RN Commandos took part in Operation Brassard [view], an operation to liberate the enemy held island of Elba. The attack was launched from the now liberated island of Corsica.

There were several causalties and these can be viewed in our archive [view the RN Commando ROH at Elba].

June 1944  Below are a few more of the Commando operations taking place around the world.

No 5 Commando and 44RM Commando were involved in Operation Silchar in Assam. Read more about 3 Cdo. Bde. Operations in our Archive [view].

No. 2 Commando and 40 & 43RM Commandos were involved in Operation Flounced at Brac island, Yugoslavia [view in archive].

No 9 Commando were taking part in Operation Pipsqueak on the East coast of Italy.  We have a gallery of over 150 images relating to No 9 Commando [view in gallery].

Our WW2 Commando Roll of Honour [view in archive].

Our Post WW2 Commando Roll of Honour [view in archive].