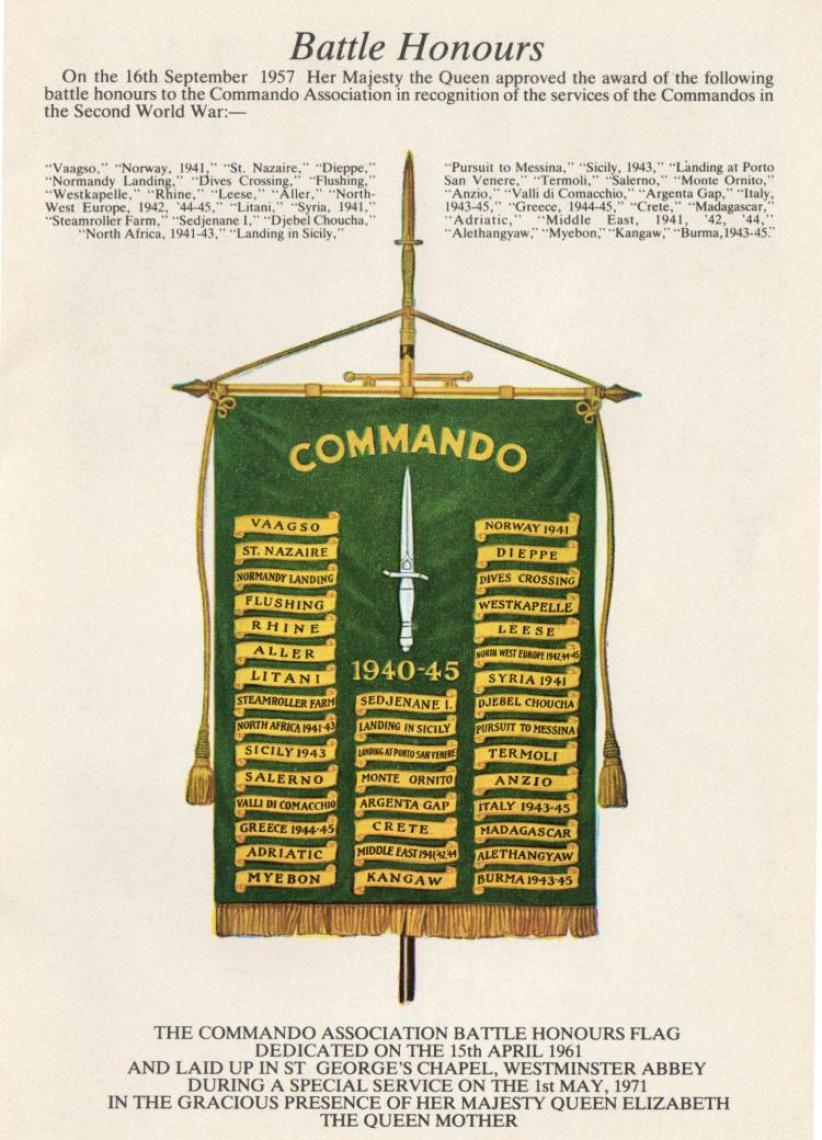 "It is with great pride and pleasure that we are now able to report a successful conclusion to our enquiries, commenced over two years ago, about the possibility of the Association being granted Battle Honours. As the result of preliminary correspondence with the War Office, we received news in March, 1957, to say that approval had been given by Her Majesty the Queen for the award of Battle Honours to commemorate the services of the Commandos in the Second World War, and that, as a special case, claims could be submitted on behalf of the Commando Association.

The work was mainly organised, and claims compiled, by the General Secretary, and was co-ordinated under and during the term as President of Colonel A. C. Newman, V.C., O.B.E., T.D., D.L. After consultation with Brigade Commanders and Commanding Officers, our application was duly completed, and in October last an official notification appeared in the Press to the effect that thirty-eight Battle Honours had been awarded to the Association. The awards have since been confirmed, and appeared in List No. 11 of Battle Honours notified in Army Order 113 of 1957.

In the words of our President, Lt. Colonel J, M. T. F. Churchill, D.S.O., M.C., in his letter to all C.O s and O.C.A. Branches in October last, we hope that all members will feel satisfied with the Battle Honours we have been awarded, and that the relations of those killed in action will find in their proud and resounding names some consolation for their own tragic loss."

View our Gallery images here of the Laying up of the Commando Association Battle Honours Flag at Westminster Abbey on 1st May 1971.