For those selected as suitable for Commando training after Achnacarry became the Commando Depot/Commando Basic Training Centre in March 1942, their arrival by train at Spean Bridge Railway Station has been described in many different ways. Some say they were met by a pipe band, others that they marched in full kit to Achnacarry, others that they arrived on their own. All are true but none set in stone. 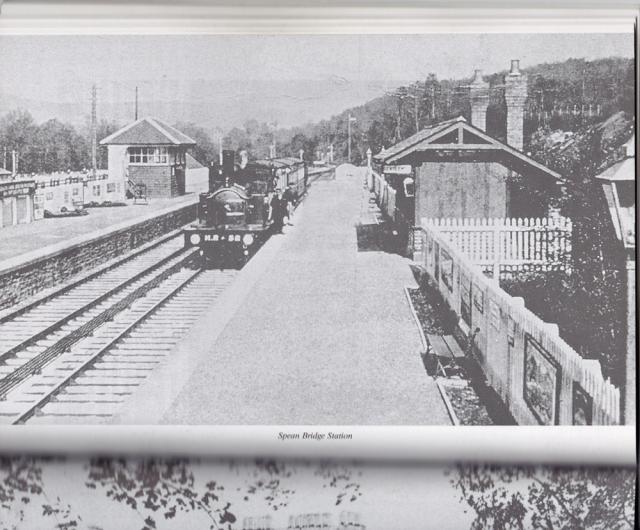 The highly recommended book Castle Commando by Donald Gilchrist sums up his own arrival as follows:

" From Crianlarich the train climbed steadily northwards, through scenery that became increasingly wilder and more forbidding. By Tyndrum and Bridge of Orchy, over bleak Rannoch Moor, and on past Loch Treig. A pitiless drizzle was falling as the train finally rumbled down a slight gradient, and clanged and clattered to a halt at a picturesque little station.Above the hiss of steam I could hear the sound of the pipes and - like a ghostly echo of the'45 - a porter shouting in a high pitched, Highland voice: "Spee...ann Prri...dge ! " 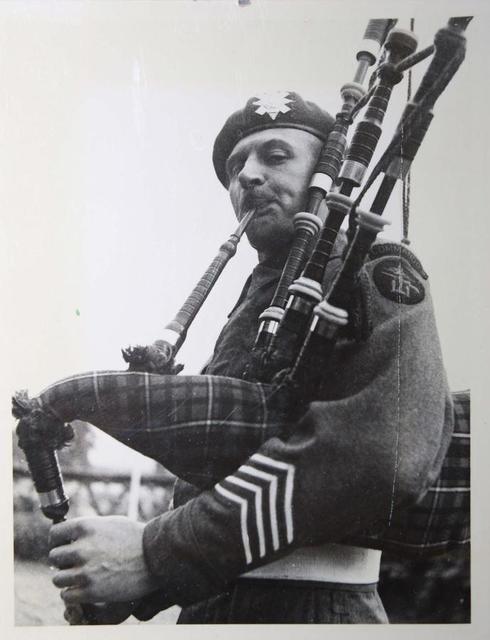 He goes on to describe a kilted Pipe Major playing the quickstep alongside Instructors who were giving orders on the platform, distinguished by their appearance, wearing camouflaged rainproof jackets, boots and faces shining, their brasses beaten flat and burnished. Kit bags were thrown onto lorries but the men were formed up, flanked by Instructors, and with Pipes playing, they marched the seven miles to Achnacarry. Others have described arriving alone in possession of just their kit and a rail warrant, and not knowing where to go, having to ask for someone to phone the staff at Achnacarry who would come and collect them. All would take the same route past the Spean Bridge Hotel, through the village, to the bridge. Marching across the bridge over the Caledonian Canal, then up the steep incline until Achnacarry House loomed into view.

The one consolation to all the recruits was that at least the officers had to do it as well ! 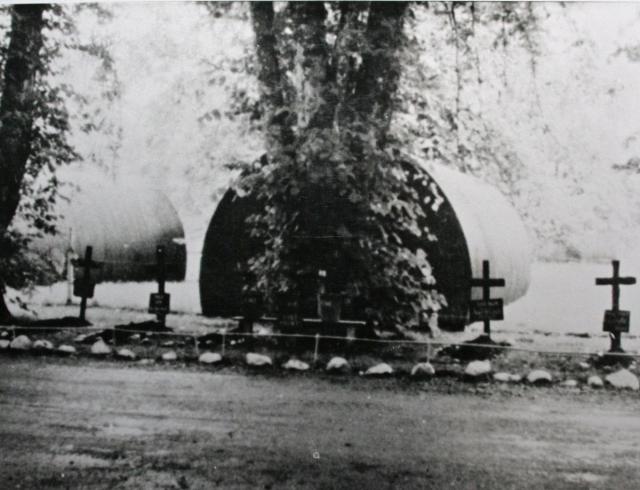 Stopping at the gate they had time to take in the surroundings. Everywhere you looked men were training.

Alongside the trees that lined the driveway was a long row of graves marked by white crosses. Nailed to each was a small board bearing a number, rank, and name, under which was a cause of death.

"He showed himself on the skyline",  "He thought his camouflage cover perfect",  and so on.

Donald Gilchrist, who himself would later become an Instructor at the CBTC, describes his thoughts on these graves when he first saw them:

The volunteers had arrived.