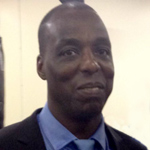 Medical Assistant Michael Nicely RN, attached to 45 Commando RM, received a Mention in Despatches in recognition of his service during operations in the South Atlantic.
Recommendation
"On the night of 11/12 June 1982, on the Island of East Falkland, 45 Commando, Royal Marines, launched an attack against strong enemy positions on the craggy hill feature of Two Sisters, ten kilometres to the West of Port Stanley. Medical Assistant Nicely was with his Company throughout the battle.
During the assault 45 Commando came under sustained heavy enemy fire and casualties were incurred. Despite having to cross open ground under fire, Medical Assistant Nicely showed a total disregard for his own safety in moving forward to treat them. For over two hours he stayed treating casualties. His actions undoubtedly saved lives.
For his unselfish regard for his colleagues, and courageous actions under fire, Medical Assistant Nicely is recommended for Mention in Despatches."
Sources
London Gazette 49134, page 12843.
National Archives file WO373/188/218.
[Image] Paul Youngman.
Archive pages :
3 Cdo. Bde. RM (Medical)
45 Commando RM
Falklands