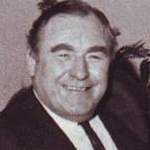 Lance Sergeant William Humble, 5 troop, was awarded the Military Medal and also received a Mention in Despatches, both during operations in Italy [1][1a].
Recommendation
"Gulf of Salerno 13th September 1943.
On September 9th on the Salerno Road, Pte Humble engaged at 100yds an advancing Mk111 Special enemy tank which was shelling the house from which Pte Humble was sniping.
On the 13th September 1943 on the Dragone Hill when the Section had been outflanked, Pte Humble together with another soldier went forward under heavy machine gun fire with all the hand-grenades he could collect, and drove the enemy off the forward ridge. Pte Humble was also seen to kill a machine gun crew of three single handed in close hand to hand fighting.
Throughout the operations 9th-18th September Pte Humble was an inspiration to all he came in contact with, always showing coolness and determination to get to close grips with the enemy." ​[2].
In 1939 Bill Humble, originally from Torwoodle, Galashiels, was a Metropolitan Police Constable at Shooters Hill Police Station, London [3][3a].
He joined No.2 Commando in 1942 as a Private serving in 5 troop , 'A' Section, No.1 Sub-Section, and was, later that year, listed as a Sniper issued with Sniper Rifle M-235555.
His billet address whilst they were based in Ayr was 59 Mill Street, Ayr [3].
Sources
[1] London Gazette 36327, page 258.
[1a] London Gazette 37310, 5103.
[2] Award Recommendations / National Archives file WO373/4/192.
[3] Notebook of LSgt Joe Rogers MM 5 Troop.
[3a] The 1939 Register covering Woolwich.
[4] Commando Association Newsletters 16 of March 1953 and 18 of March 1954.
[5] Commando Association Newsletter 42 March 1966.
[6] Pete Rogers, son of LSgt Joe Rogers MM.
[7] Commando Association newsletters 81 (1985) and 90 (1990).
[Image] From reunion image in the No.2 Commando gallery.
Photo of Commando in Gallery:
Yes
Archive pages :
No 2 Commando