The Commando Boat Station at Achnacarry was on Loch Lochy at Bunarkaig. A small fleet of various craft was assembled for training in basic seamanship and landing drills. Amongst this armada were whalers, cuters, landing craft, dorries, canoes, rubber dinghies, kapok bridge rafts, and collapsible Goatleys. They were all stored in or moored alongside a little stone boathouse. Instruction began with a short film on the role and functions of Combined Operations, and the various craft used for training and operations. 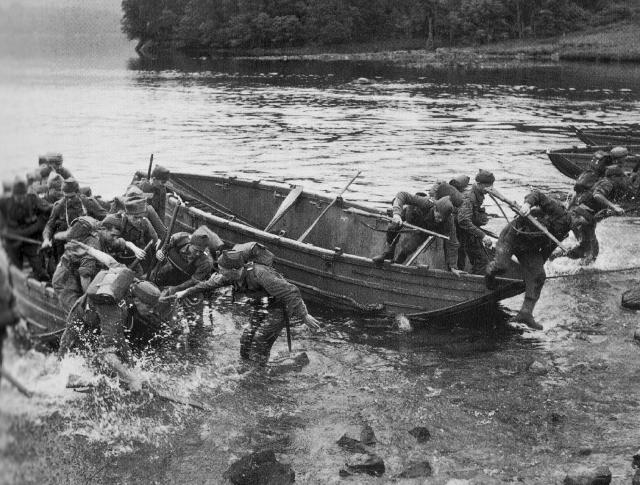 Elementary watermanship in the folding boats, canoes, and rubber dinghies followed with the correct handling and use of paddles and oars for steering and propulsion.Once these fundamentals had been mastered it was onto the normal craft for operational landings, the assault landing craft, concluding with the  opposed landing.

The Boating Officer from 1943-45 was a Royal Marine officer, Jim Keigwin, a most competent and first class instructor, and an excellent organiser, with his fleet ever ready and in good condition. 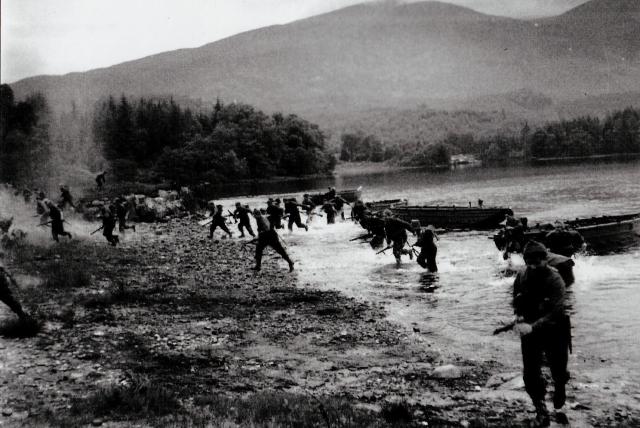 The night assault landing is described by Donald Gilchrist in his book Castle Commando as " By far the most spectacular of all the Achnacarry training schemes." He goes on to say that it was as close to battle conditions as they could get without actually slaughtering half the trainees.

The trainees were loaded into boats at Bunarkaig, they then rowed or paddled - depending on the type of boats employed - across the waters of Loch Lochy, and carried out a mock attack against a heavily defended section of the shore of the Loch. 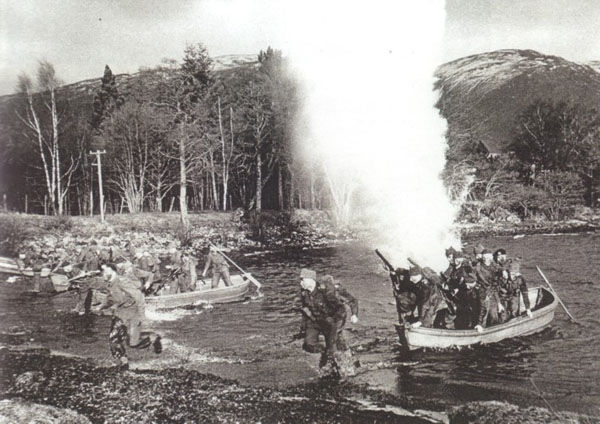 It may have been a mock attack but was certainly not a mock defence. The attack route was carefully planned and determined. Any deviation from it would put the trainees in grave danger. They were confronted by an arsenal of weapons manned by an army of instructors skilled in the Achnacarry art of shooting to miss - but not by very much". There was no blank ammunition used. "The weapons of defence, from the mortars to the rifles, spatout live stuff - and spat it out in vast quantities".