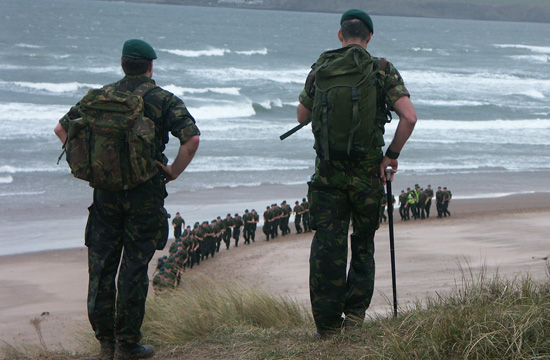 Formed as 45 RM Commando in August 1943 from the disbanded 5th RM Battalion. World War 2 operations included the Normandy landings and the crossings of the rivers Rhine, Weser, Aller and Elbe. Redesignated 45 Commando RM in March 1946.