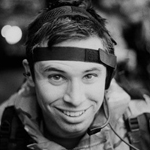 Captain David Seath died of a cardiac arrest whilst taking part in the 2016 London Marathon. He was a fire support team commander for 29 Commando Regiment Royal Artillery, based in Plymouth.

David Seath completed two master's degrees at the University of Aberdeen before attending the Royal Military Academy Sandhurst in 2009. He was commissioned Lieutenant on the 14th August 2010 with seniority from 11 February 2009. Captain Seath served in Afghanistan in 2012.