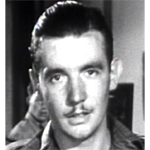 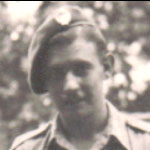 Bombardier Ernest Barnes was awarded the Military Medal in recognition of gallant and distinguished services in Burma [1].
Recommendation
"On the 31st January 1945 at Hill 170 near Kangaw Bdr. Barnes was an NCO in No. 1 Platoon ordered to counter attack on the right flank. The leading section of his Platoon came under intense MG fire and grenades, the Officer and Platoon Sgt. being hit immediately.
In a short space of time most of the Platoon were casualties, and Bdr. Barnes, though wounded in the thigh, took charge of the leading men, supervised the evacuation of the wounded, and then made a supreme effort to reach his Platoon Sgt. who was severely wounded.
Despite intense enemy fire he managed to reach his Sgt. and drag him back some 20 or 30 yards. Owing to loss of blood from his wound he was then in need of support himself, he recovered slightly and when put on a stretcher refused to be taken back, got up and walked away, saying the other men needed it more than he did." [2][2a]
Sources
[1] London Gazette 37040, page 2080.
[2] National Archives file WO 373/36/51.
[2a] Casualty Lists / National Archives file WO417/88.
[3] Obituaries in Commando Association newsletter 106 issued March 1998.
[4] Commando Association newsletter 43 issued September 1966.
[Image 1 - still from film 'Calling Blighty' issue 400, credit North West Film Archive.]
[Image 2 - crop from photo in CVA Gallery].
Photo of Commando in Gallery:
Yes
Archive pages :
No 1 Commando